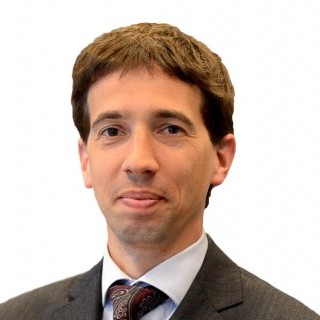 Why Bitcoin is destined to become a niche asset

In the long term, Bitcoin has little to offer a wider audience, and will likely return to being a niche product for a select group of enthusiasts.

Download our full report by clicking on the link

Why Bitcoin is destined to become a niche asset

In the long term, Bitcoin has little to offer a wider audience, and will likely return to being a niche product for a select group of enthusiasts. What they regard as key benefits, may actually be impediments to wider adoption. Moreover, Bitcoin’s high-value today is based on shaky foundations, given that the platform is open source and can, therefore, be forked and copy-pasted easily.

Scope for such cryptocurrency debasement is limited only by network effects and switching costs, but those may be smaller than expected.

The “true” value of Bitcoin depends on its future use case. If users would, en masse, lose interest, then it could end at zero. On the other hand, in the unlikely scenario that Bitcoin takes over all worldwide payments, its value could rise beyond $1mln.

Yet as Bitcoin is failing as a payment system, and is now primarily used as an asset to hold, the only remaining justification for investing in Bitcoin is the assumption that others are willing to buy Bitcoin at higher prices in the future.

Why won’t Bitcoin appeal to the mass audience?

Regulation: Its decentralised nature makes it difficult to regulate. Governments and regulators may never come to like decentralised financial networks at all. A negative event, such as a price crash followed by public outcry, could trigger a regulatory crackdown.

Intermediaries: Working without intermediaries is cherished by a core group of Bitcoin enthusiasts. The mass audience, however, dislikes having no rights, no recourse, no guarantees, no legal coverage, nothing. They just want secure, reliable and hassle-free access to their money, and a help desk to call when they lose their password.

Scalability: The Bitcoin network is currently clogged, and the current level of transaction fees (average $8 in November) makes it very unattractive for small payments.

Volatility: while the value of “ordinary” money is managed by the central bank, Bitcoin’s supply is fixed, and its value depends very much on demand which makes it inherently volatile.

Energy use: in the case of Bitcoin, the price of taking out intermediaries is very high electricity consumption.

Governance: Blockchain is great at rule enforcement, but does not provide at all for rule-setting. This lack of governance makes implementing innovations slow and painful. Moreover, power may get concentrated in the hands of a few (miners, in the case of Bitcoin).

The current Bitcoin dominance appears to be built on the idea that bitcoin will remain the cryptocurrency of choice forever. Indeed, cryptocurrency, like other internet services, are subject to “network effects” and “switching costs”, creating a “winner takes all”-dynamic.

However, with cryptocurrencies, these network effects and switching costs may be lower than thought. This is especially the case given Bitcoin’s open-source, forkable, clonable nature. Creating a clone or close substitute is easy. This means that Bitcoin may be scarce on its own blockchain, but its blockchain is in infinite supply.

If Bitcoin is “digital gold”, then forking and copy-pasting are successful forms of “digital alchemy.”

Report
From cash to crypto: The money revolution

Why Bitcoin transactions are more expensive than you think

3 December 2019
Digital currencies: Keep an eye on remittances
THINK Outside

24 May 2019
Is Facebook’s digital currency worth the hype?

27 February 2019
New Money III: Why the crypto debate is far from over