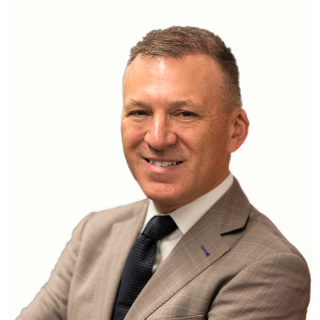 Market rates should remain under upward pressure going into 2023. In this outlook, we examine what will happen to rates next year, and look at the direction for the dollar, eurozone and sterling rates curves, bond supply, swap spreads, money markets and more

The energy crisis this year saw us drawing parallels to the 1970s and 80s. Dollar strength was a net outcome as the Volcker years generated high real rates to kill inflation. The collapse in tech stocks, meanwhile, has struck a similar chord to the dot com boom and bust of 1999/2000. That period also saw the dollar in vogue. And as we pick through the bones of the 2019/20 pandemic fallout, we're reminded of the great financial crisis in 2007/08, as housing markets suffer intense pressure. So many parallels, but none are perfect. Our story for 2023 draws on these, with a modern twist. As we know, history doesn't repeat itself but it often rhymes.

So what do we see? The Federal Reserve, the European Central Bank and the Bank of England will all undershoot the current market discount for terminal rates, but we should get quite close to the tops that the market expects. For market rates, we need to see those peaks before we can conclusively declare the top. That implies that market rates should remain under upward pressure at least through the turn of the year, and likely into the early part of the first quarter of 2023. After that, it's all about market rates concluding that if indeed we have peaked, the next move must be down. Actual Fed rate cuts in the second half will solidify this move, even if the ECB decides to stand still.

Overall, market rates in the 10yr are projected to fall by some 100bp in 2023 (US by a bit more and eurozone by half that), and the US 2yr should fall by more still if we are right and the Fed does cut in the second half. The US curve should steepen by more than the eurozone curve, as the ECB steers clear from actually cutting rates in 2023. The peak in the Fed funds rate should act to ease the US dollar premium, and we'll see that in an easing in the US dollar cross-currency basis. The second half of 2023 should see some meaningful convergence of eurozone to US market rates. All-in spreads, especially those comprising the Japanese yen basis, should narrow significantly.

The energy crisis in Europe adds to bond supply pressure as economies struggle to deal with recessions while at the same time buffering their economies from higher energy costs. This increase in supply is a driver for a widening in swap spreads, as government bonds at the same time unwind some of the quantitative easing-induced price premiums. Quantitative tightening is also humming in the background but is a much bigger deal in the US relative to the eurozone or the UK. Tighter conditions also contribute to vulnerabilities in the system, a system that is already being stressed by gaps in prices, wider bid/offer spreads and higher bank funding costs. In the US, repo should be pressured higher.

While a repeat of the great financial crisis is not anticipated, housing market pressure, resulting in system pressure and decent falls in inflation will ultimately allow the Fed to cut in a dot com bust style, by enough to avert a significant US recession. But recession there will be, with a bigger one in Europe, likely in play before we get to 2023. This all gels with room for decent falls in market rates through 2023.

We're not coming off 1970s-style starting points in terms of the level of rates, but we are coming off peaks in market rates that have not been seen since the noughties. The lows won't be as extreme either; we're not heading back down to zero this time. We should stop to the downside with handles of 2% and 3% rather than 0% (or close to) for market rates in the US and eurozone, and with steeper curves to boot.

Even if inflation gets tamed in 2023, as we expect it will, we now know that an inflation vulnerability is back. That, plus more supply (especially in Europe) and balance sheet roll-off (especially in the US), should allow curves to steepen out, and actual US rate cuts will push in the same direction.

While the act of cutting rates will signal that central banks have brought inflation under control, prior hikes will leave deep macro pain. And in that environment, market rates will test lower, adding oomph to bond market returns; a silver lining to what will be a tough environment ahead.