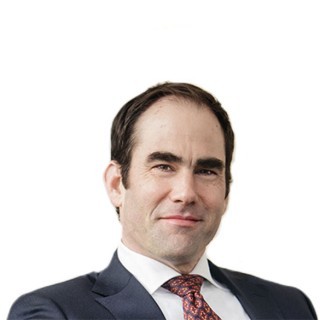 Major central banks are still facing high and, in some cases, increasing inflation, dashing hopes for an imminent end to rate hikes. But as signs of recession become more visible in December, we expect policymakers to slow down their tightening efforts and eventually end them in the first quarter of next year

Our key calls this month:

Eurozone: The exceptionally mild October weather and well-filled gas inventories, combined with government support packages in many countries, could soften but not entirely prevent the winter recession. We pencil in -0.7% GDP growth in 2023, after 3.1% in 2022. At the same time, we expect energy prices to remain high, making the winter of 2023/24 another economic and political challenge. With ongoing uncertainty and rates having reached more neutral levels, we expect the European Central Bank to deliver additional rate hikes amounting to 75bp up until February next year.

• United States: With November marking the fourth consecutive 75bp hike from the Federal Reserve, there is a growing expectation that the pace of increases will slow from December onwards as recession worries mount. Nonetheless, there is certainly more work to be done with a possibly higher "terminal" interest rate. Recession risks are rising, but that is the price the Fed is prepared to pay to get inflation under control. With inflation set to slow sharply in the first half of 2023, we continue to see scope for significant rate cuts after the summer.

• China: The Chinese government has quickly followed up the Party Congress's key policy objectives by allowing foreign direct investment on an expanded high-tech list. But short-term economic growth prospects have weakened as Covid-19 cases have risen, and we are now downgrading our GDP forecast. The actual numbers remain better than the underlying narrative.

• UK: The change of political leadership which accompanied a dramatic U-turn in fiscal policy has helped ease market concerns about UK debt sustainability/borrowing. However, a recession remains inevitable as the prospects of fiscal tightening, limited energy support, and sky-high mortgage rates look set to reduce the size of the UK economy by roughly 2% over several quarters.

• Energy Focus: Natural gas prices came under significant pressure in October due to milder weather and growing European storage but the relief won’t last long. The European gas markets will remain tight and we expect more upside in prices to ensure adequate demand destruction. On the back of OPEC+ supply cuts and the EU ban on Russian oil, the oil market will be in deficit through the whole of next year, which suggests higher prices. We have revised our 2023 Brent forecast from $97/bbl to $104/bbl.

• FX markets: October proved a corrective month in FX as a reversal in the UK policy mix and some pricing of the Fed pivot knocked 3-4% off the dollar index. Lower natural gas prices also allowed EUR/USD to briefly trade back above 1.00. We feel dollar strength can re-assert itself into the end of this year, where a still hawkish Fed can combine with weak growth in the eurozone and China to send EUR/USD back to 0.95.

• Rates: The pivot camp thinks market rates have peaked. We think it's too early for a precipitous fall, unless the system creaks loud(er). Recession risks are not enough – they may slow down hikes, but that doesn't make them go away. Market rates therefore remain under upward pressure.

This report is part of