Slight risk-on tone to the Asian market likely today, but moves likely to be modest with most of the market direction determined by Fed speakers which will come after hours 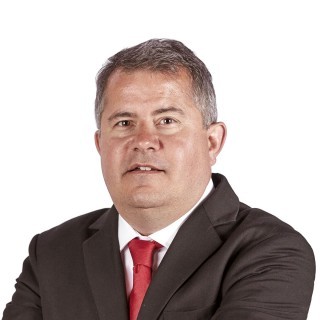 There really isn't much on the calendar today in Asia and we are really just reacting each morning to the tone set overnight by US markets. They in turn are mainly being driven by an extremely heavy week for Fed speakers. Yesterday, Jerome Powell kept markets happy by noting that despite the better than expected dataflow there was still a long way to go and metrics of labour market slack, such as unemployment and underemployment rates of African American and Hispanic ethnic groups still signalled considerable room for improvement before any policy tightening was warranted. Today we have the 3B's - Bostic, Barkin and Bullard commenting. Expect more of the same in terms of tone, though it is probable that after Powell, we will see diminishing marginal returns to further dovishness.

Those comments, plus perhaps some weaker existing US February home sales figures may have been the key for 10Y US Treasury yields to ease down a little and drift just below the 1.7% level. And in turn, this probably provided much of the impetus behind a slight recovery in Tech stocks (Nasdaq +1.2%) as well as the main equity sector (S&P500+0.7%). Following on from that, the EUR had a slightly better day against the USD, rising from about 1.1880 when we wrote yesterday, to around 1.1930 now.

In Asian FX apace, the picture was fairly mixed. The KRW made back some of the ground it lost last week thanks to heavy foreign portfolio flows into the Korean Treasury bond (KTB) market. 10Y KTB yields drifted lower from an intraday high of about 2.19% to about 1.12 now.  That took the USDKRW rate back to about 1126.

The INR also had another positive day. Along with the PHP, these are the only 2 Asian currencies stronger this month (excluding AUD and NZD). That said, we aren't expecting too much more from the INR with an end-2Q21 USDINR forecast of 73.40 compared to today's 72.375 spot rate. The JPY firmly holds up the bottom of this grouping, down about 3.28% in the last month, the THB and IDR are also laggards.

All in all, though, you'd have to say that markets at the moment were behaving in an extremely orderly fashion, which means that there is really no justification for any wacky central bank actions to counteract what has been going on. Equities are largely digesting rising yields, and yields are rising commensurate with the improved economic outlook. Holders of the NASDAQ index can look back at where it was last January (9092 on 1 Jan 2020) and today's level (13377) and the implied 47% gain over this period despite a global economic collapse in the middle and will find it very, very hard to complain or justify any Central Bank support. FX is broadly flat. What's not to like?

While there isn't much on either the G-7 or Asian calendars today, we note with interest the weaker existing home sales figures from the US yesterday for February. Poor (freezing) weather is the probable cause, though it is worth considering whether rising bond yields may start to undermine what has been an extremely strong sector until now. New Home sales due later today will provide a bit more information on this. It isn't vital for the US Economy, but it's rare for the US economy as a whole to do well if the housing market isn't. So watch this space.

The synchronous global recovery story also remains under some pressure, with Germany extending its lockdown by a further 4 weeks, and Austria apparently postponing their easing of restrictions.

A number of countries, led by the EU, have imposed sanctions on some Chinese individuals on allegations of human rights abuses, China has retaliated already.

But on a more positive note, we are also hearing more about the Biden team's next stimulus plan, with figures of about $3tr being thrown around. These numbers are not new, but they could provide some further impetus for a Treasury sell-off next week when some believe we may hear more details. Also, the EU and the UK seem to have found some grounds for compromise over the vaccine-war that was brewing between them, though the GBP doesn't seem to have responded much yet.

In Asia, today's main release (given the global shortage of semiconductors) will probably be Taiwan's February industrial production figures released this afternoon. The expectation is for the year on year growth rate to dip to 7.7% from 18.8% in January. But with Lunar New Year effects dominating, this is not a meaningful slowdown.

Also released today, Singapore's inflation data for February, Prakash Sakpal writes, "Singapore’s February CPI inflation figures due today will reveal the impact of the 21% hike in the petrol duty announced in the FY2021 Budget on 16 February and implemented instantly. In addition, the seasonal increase in demand during the Chinese New Year holiday will pressure inflation higher, although due to the pandemic it should be a somewhat muted impetus for prices this year than in the past. We see the combined effects of these factors pushing headline inflation up to 0.6% YoY in February from 0.2% in January and the core inflation rate to 0.4% from -0.2%. Base effects will continue to drive inflation higher in the months ahead, so the official inflation view for this year – headline between -0.5% and +0.5% and core between 0% to 1% –  is in for an upward revision. Like most other Asian central banks, the Monetary Authority of Singapore (MAS) is dealing with an implied monetary tightening brought on by higher UST yields driving up domestic bond yields. However, with the S$-NEER steady near the mid-point of the policy band, markets aren’t pricing in any change to the MAS’s policy just yet".

Keep calm, nothing to see here

Off we go again

Asian markets to catch their breath as Treasury yields dip